Dr. O'Donnell graduated with honors from Palmer College of Chiropractic. Prior to attending Palmer, he earned a Bachelor of Science degree in Exercise Physiology from Western Michigan University.

Throughout Dr. O'Donnell's professional experiences he became familiar with the latest techniques to treat low back/neck pain, acute and chronic disc conditions, as well as rehab and performance enhancement for all populations.

Dr. O'Donnell has a background that includes experience as an assistant strength and conditioning coach at the division 1 level. His training expertise has been sought out by many amateur and professional athletes. Dr. O'Donnell has prepared athletes for olympic level competition, the NFL combines and training camp, as well as having trained many collegiate and high school athletes.

Dr. Mike is a native of Port Huron, Michigan. Prior to attending Palmer he resided in Fort Wayne since 2002. 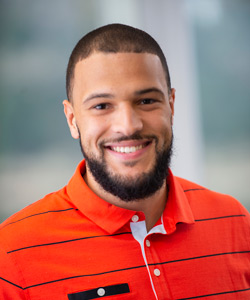 Dr. Dominic Schultz graduated from Palmer College of Chiropractic in 2019. Prior to attending Palmer, he obtained a Bachelor of Science from the University of Minnesota in Kinesiology, with a focus in clinical movement.

Dr. Schultz’s strong athletic background plays a large role in many of his treatment outlooks and strategies. He was a Division 1 athlete in both Football and Rugby. During that time he absorbed and since expanded on a multitude of training and rehabilitation techniques. Dr. Schultz maintains the required discipline and dedication to perform at high levels, however now expressed through high quality patient centered care. He continues to learn, improve, and incorporate the best forms of treatment for any given patient or athlete.

Throughout Dr. Dom’s athletic career, he has battled multiple cases of severe low back pain and other musculoskeletal injures. Many of these conditions/injuries are very common in both the general and elite athletic populations. His personal experience with these ailments allows him to better relate and effectively treat a wide variety of patients.

Dr. Schultz played football for a total of 11 years. His 4 years spent at The University of Minnesota included 25 wins, a top 20 ranking in the AP Poll, 3 straight Bowl game appearances and multiple historic wins over top 25 ranked Michigan, Nebraska, Iowa and Penn State.

Dr. Dom, his wife Alexis, and son Zion, are Port Huron, MI natives and have been Fort Wayne residents since August 2019. They enjoy going on hiking trips and spending as much time with family and friends as possible.